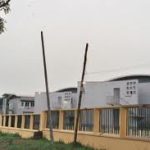 The 37 Military Hospital, yesterday witnessed a ground-breaking ceremony to kick-start an expansion project, to make the facility a focal point of health delivery in the West African sub-region.

The project, which is to be executed in three phases, is expected to commence in three month’s time and completed within 72 months, at a total cost of 519 million dollars. It has a grant element of 36.63 per cent from Euroget De-Invest S.A. of Egypt, a development partner of the Ministry of Defence.

The first phase of the project, consist of the design, construction and inauguration of a 500-bed hospital and 105 residential accommodation; consisting of 85 flats and 20 bungalows for the staff.

The second phase of the project will include the upgrading and rehabilitation of all the 14 medical reception stations of the Ghana Armed Forces (GAF) in the entire military garrison across the country to a 20-bed facility.

The third phase consists of the building and equipping of specialised centres including an Onchology Department with radiotherapy, chemotherapy and tumour surgery units, a Neuro-Surgery Centre and a Haemodialysis Centre. Completion of the new hospital, which will blend with the old facility, is expected to introduce modern dynamics in health services.

President John Evans Atta Mills, in a speech read on his behalf at the ceremony said the project is one of government’s efforts in ensuring that the Military Hospital is able to deliver better services to Ghanaians and the international community. He said government, by this effort, is expected to

increase access to medical care to improve quality of life, and sustain a viable workforce to form the basis for future development. Defence Minister, Lieutenant General John Henry Smith said the project will enable the armed forces continue to play a key role in health delivery services across the country.

He said it is important that the hospital lives up to its image not only as a military facility but as a UN Level IV Hosp ital and Teaching Hospital, adding that a competent technical team has been established to ensure the homogeneity of the entire project.

Dr. Said Deraz, Chief Executive Officer of Euroget-De Invest said the company is committed to integrity and excellence, promising that it will continue to adhere to the highest standards of ethics consistent with environmental principles. The management of Euroget, to mark the occasion donated three fully loaded ambulances, one for the military hospital and two for the Ministry of Health (MOH).