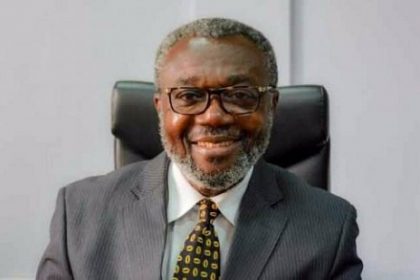 The 160-bed capacity Upper West Regional Hospital will soon be inaugurated to cater for the health needs of the residents of Wa and the entire region.

The Director General of the Ghana Health Service (GHS), Dr Anthony Nsiah-Asare who made the revelation to Mugabe Maase, host of Inside Politics on Power 97.9 FM said the facility filled with modern equipment was undergoing its last phase of medical and laboratory testing ahead of its opening later this year.

Dr Nsiah-Asare said the testing and calibration of the equipment which would ensure the safety of health workers and clients was necessary since they would also assure the functionality of the medical devices.

“As I am talking to you now a team is at the Wa Regional hospital. The facilty is undergoing its last testing…We have to test the sewage system, gas and all other equipment” the GHS boss said.

He also added that a group of persons who will be working at the facility is being trained to to be able to effectively work with the equipment to deliver quality health care to the people.

The Akufo-Addo government has come under intense criticism after it missed the deadline to operationalise the health facility in the latter part of 2019.

But Dr.Nsiah-Asare said the hospital is one of the hospitals that will be operationalised soon after the team inspecting it is done.

About the Wa Hospital

The Upper West Regional Hospital is one of the nine medical facilities that were constructed by an Egyptian capital investment company – Euroget De-Invest S.A under the erstwhile Mahama administration.

The hospital which was initially priced at $61 million has not been operationalised despite its completion almost 2 years ago to treat more complex health conditions and also serve as a referral facility for the region and beyond.

The Wa Hospital features a combination of single storey and high-rise structures spread about on a 133,000m² land area, and connected by a fine network of disability-friendly walkways, with an attractive green of growing grass on the outside of the walls in between the drainage system, according to Euroget.

It hosts 12 different clinics – including pediatric, maternal health, ear, nose and throat (ENT), and dental facilities, with an accompanying pharmaceutical department that has a storage space fitted with drug-preserving refrigerating equipment.

It also boasts seven different theatres: four of them on a surgical suite, two at the obstetrics and gynecology department, and one at the emergency and casualty department.

There is an administrative block, an emergency/casualty unit, a radiology unit, a laboratory and blood bank, a physiotherapy unit, a burns unit, an intensive care unit, a three-storey in-patient block, a mortuary facility, three structures of 20-unit staff accommodation, and a parking space for 300 cars.