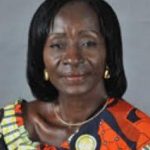 The construction of a new District Government Hospital at Twifo Praso in the Central Region, has delayed due to land litigation tussle, the Minister for Health, Sherry Ayitey has said.

The project is one of the Ghana 8 No. Hospitals Project, being executed by Euroget De-Invest SA, an Egyptian project management and financial group.

Ms Ayitey said this when she appeared before Parliament to answer questions from Members of the House on Wednesday November 5, 2013.
According to Ms. Ayitey, the Ministry has since 2007 when the design of the hospital was completed; been facing some litigation challenges regarding proposed land, causing the delay in the construction.

Six years on, the sector Minister argues that the 60-bed hospital is yet to see any progress at the proposed site.
“The proposed site for the hospital was not conducive. Subsequently, the decision on the new site took a long while before a new site was settled on. This accounted for the delay in starting the construction of the Hospital at Twifo Praso,” she said.

She also revealed a number of instances where hospitals had been built and families came contesting the ownership of the land, causing the hospitals to be moved or vacated to more suitable places.

Presently she said this has led to the Ministry developing a new policy to check that land titles are vested in the name of the Ministry or the Assembly before any construction project commences.

Meanwhile, “preparatory work is almost completed in terms of completion of architectural drawings, completion of documentation for sub-contracting and eventual mobilization to site for commencement”.

The Minister urged the Member of Parliament (MP) for Twifo-Atti-Morkwa, Samuel Ato Amoah, to assist the District Assembly to facilitate the processes involved in getting the evidence of the title submitted to the Ministry in due time, before the commencement of the project.

In addition, the Ministry as part of the Ghana 8 No. Hospital Projects has finished and submitted to the Finance Ministry, a proposal for the funding and development of a Teaching Hospital to be sited at Ho.