First hallmarked gold bar to be unveiled next week

First hallmarked gold bar to be unveiled next week 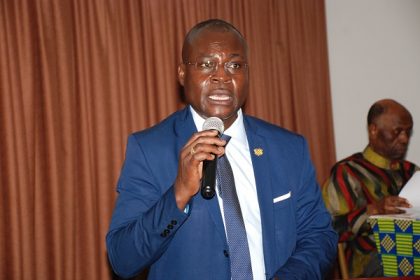 At the unveiling ceremony scheduled for Tuesday, November 27, 2018, Accra-based Gold Coast Refinery Limited would receive the certification to hallmark gold.

The company is the first refinery in Ghana to be awarded license to hallmark refined bullion of over 995 purity, and to also market and sell its finished products, including value added bars and medallions on the local and international bullion markets.

“It is a very significant milestone in the history of gold production in the country and marks the beginning of a new era in Ghana’s gold sector,” a statement issued by the GSA yesterday, said.

The issuance of a certificate or mark (or both) on a product by GSA, according to the authority, means it has met requisite requirements.

The mark carries a reference number or name of the relevant product standard against which the product has been certified.

The statement said the certification of gold refined in Ghana for trading on the international bullion market had three major benefits for the country including adding value to the country’s raw gold resources.

It said it would also help address the low incomes derived from the export of raw gold, aid proper account for gold exported from the country while the actual values of the gold would be established before export.

It stressed the contribution of the gold sector to the country’s Gross Domestic Product (GDP) over the years, noting that the country was the second largest gold producer in Africa and the 10th largest in the world.

Despite the country being the major gold producer over many decades, it lamented that it remained a primary producer and exporter of raw gold.

“Policy initiatives aimed at adding value to raw materials in the country have largely not been realised; and the continuous export of raw gold (Dore) denies the country of all associated benefits including by-products of refining such as silver, platinum and palladium,” the statement said.