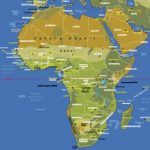 EUROGET DE-INVEST s.a has started the implementation of the 9 Hospitals Project for the Republic of Ghana despite the challenges brought by changing political conditions in Egypt and turbulent global financial markets.

After two years of hard work, the Chairman/CEO Dr. Said Deraz is pleased to announce the completion of Phase 1 of the Project after receiving all necessary approvals from the relevant Ministries and is embarking with his Cairo and Accra teams in the implementation of Phase 2 with utmost urgency with the appointment of top class subcontractors to proceed with the construction of the Nine Hospitals.

EUROGET DE-INVEST s.a has incorporated a fully registered External Office with the Registrar Generals Department in Ghana establishing a corporate office in Accra with local and expatriate staff to implement the project.

The process has been long, demanding and required perseverance and patience. In April 2008, EUROGET DE-INVEST s.a. signed an M.O.U. with the Republic of Ghana, represented by The Ministry of Health and the Ministry of Defence, to design, engineer, construct, and equip nine hospitals with a total capacity of 1310 beds:

The project has been phased into three phases:
• (1) Design & engineering (specifications and drawings)

The Commercial and Financial files prepared by EUROGET DE-INVEST s.a received Cabinet/Executive and Parliamentary approvals on the 29th of October 2008 and the 12th of November 2008 respectively.

To secure the financing of the overall project, EUROGET DE-INVEST s.a signed the Credit Facilities Agreement with the Ministry of Finance and Economic Planning (MOFEP) of the Government of Ghana on the 20th of November 2008, and obtained the public procurement and internationally audited Value for Money approvals. On the 31st of March 2009, EUROGET DE-INVEST s.a. received the relevant financial guarantees from the Ministry of Finance and Economic Planning, acting on behalf of the Republic of Ghana, respecting thus, the Credit Agreement. These were to be used as collateral in order to finance the Designing, Engineering, Construction and the Equipping of the Nine Hospitals.Thereafter, MOFEP issued a workable guarantee for financing the project in April, 2012 acceptable by the Consortium of the Financiers of Euroget.

This process has been successfully concludedin August2012 after the official reaffirmation and engagement of the Ministries and the Cabinet to move forward with the project following the official confirmation of EUROGET DE-INVEST s.a. and its bankers to execute the collateralized financing of the hospitals project.

EUROGET DE-INVEST s.a. has been fully engaged with the Ministries of Health and Defense to deliver the hospitals for the people of Ghana. Using its own funds to complete the project’s Phase 1 and embarking on Phase 2, EUROGET DE-INVEST s.a appointed contractors to undertake preliminary works amidst the financial turbulences experienced in the international financial marketsand the political challenges that swept the old political system in Egypt.

Administrative bottlenecks which resulted in unexpected delays have been resolved thanks to the perseverance of EUROGET DE-INVEST s.a. team. These delays have howeverbeen unduly misinterpreted by uninformed outsiderswhose motives we find it quite burdensome to unravel. Despite these, EUROGET DE-INVEST s.a reaffirms its full commitment to delivering on all its obligations stipulated in the contracts and agreements it has signed with the Republic of Ghana.

From 15th October, 2012 – Military Hospital in Kumasi & District Hospitals in Tepa and Nsawkaw.

Euroget wishes to reiterate to the good people of Ghana that it is fully committed to deliver first class hospitals to the Republic of Ghana.